a new play by 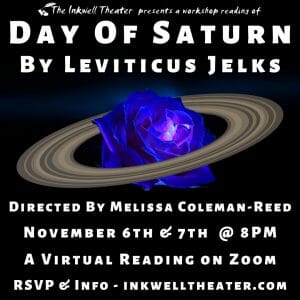 For Achilles Jones, the reality of his son, Icarus’, attempted suicide still haunts him a year later as he works tirelessly to repair his run-down hardware store. His plans get more complicated, however, when he hires a charismatic young volunteer with a painful past of his own. Through Achilles’ recovered memories and Icarus’ journal entries, the secrets about his son and the truth about their relationship come to light. ‘Day of Saturn’ is a planetary collision of loss, humor, Black masculinity and the generational scars that follow us through life.